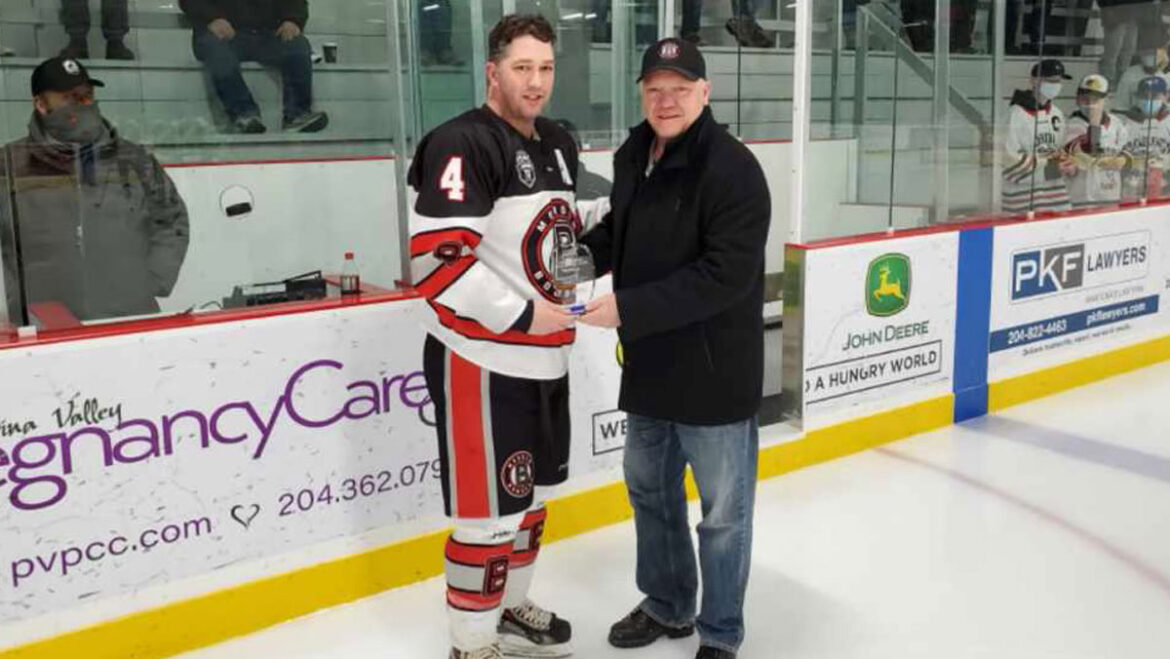 Congratulations to Steve Mullin of the Morden Bombers for being awarded the 2021-2022 Dale Rempel SEMHL Award, previously Dale Rempel Man of the Year Award. Steve has been in the SEMHL League for over 10 years. He has been on the Minor Hockey Board since 2015, has been the president of Minor Hockey from 2017 – current, coached in Minor Hockey for 8 years and runs a development 3 on 3 program through Morden Minor Hockey. He is also highly involved in Senior Men’s baseball and coaches Minor Baseball. He has also volunteered at the 2017 Esso Cup and the 2019 Canadian Women’s U-18 Championship.